June 3rd-4th, 2022: 7th congress of the Spanish network of women in the fisheries sector, La Palma

The Spanish Network of Women in the Fisheries Sector (Red Española de Mujeres en el Sector Pesquero) is launching its 7th national congress, organised by the General Secretariat of Fisheries of the Ministry of Agriculture, Fisheries and Food, together with the Ministry of Agriculture, Livestock and Fisheries of the Government of the Canary Islands. This meeting will be held on 3 and 4 June at the Parador de Turismo “Isla de La Palma”.

Under the slogan “Women of the sea, for a sustainable future”, this edition will address the sustainability of the oceans and seas from different perspectives, with the aim of exploring the role played by women in the fishing sector.

Roundtables and workshops will be organised, making participants to the congress the protagonists of this seventh edition. The aim is to discuss with a gender perspective the challenges and opportunities encountered by participants in different sectors of the fisheries and aquaculture value chain.

The congress thus represents the ideal place to recognise initiatives promoted by women in the field of sustainability in its triple aspect (environmental, economic and social). The congress will also promote the work carried out by women’s associations in the fishing sector and particularly in the Canary Islands.

The 7th congress of the Spanish Network of Women in the Fisheries Sector represents for professionals from the fishing and aquaculture sector a forum for meeting, dialogue and the exchange of reflections and proposals on the path to achieving real and effective equality.

Meeting of the MEDAC Focus Group on Equal Opportunities

As a member of the Mediterranean Advisory Council (MEDAC), AKTEA participated to the Focus Group on Equal Opportunities.

During the meeting MEDAC secretariat presented its contribution on equal opportunities in the RPOA (Regional Plan of Action) for Small-Scale Fisheries, then the chair of the focus group, Iolanda Piedra Manes, presented the work that had been carried out during the session.

Members of the group agreed upon a next encounter during the next MEDAC meeting (30 of June and 1st of July, 2022) to organise their future activities.

Next meetings to participate

Launch of the Spanish report “Women of the sea, inspiring vocations”

The Spanish General Secretariat for Fisheries has recently presented the publication “Women of the sea, inspiring vocations” (“Mujeres del mar, inspirando vocaciones”) with the aim of highlighting the work of women in the fishing and aquaculture sector, and to encourage reflection on the situation of generational replacement, one of the main challenges facing the sector at the moment.

In the words of Ignacio Gandarias, president of the Spanish Network of Women in the Fishing Sector, the first section of this publication expresses the analysis and point of view of the entities and associations of women of the sea on the current state of the relay in the different areas of the fishing and aquaculture value chain, as well as its impact from the point of view of gender, with the aim of providing solutions to encourage the incorporation of young people and women in this field of activity.

The second section is made up of interviews with women workers in the different fishing and aquaculture trades – of different ages, backgrounds and origins – to show how the sector has evolved in recent decades and how the new generations are making their way into it.

It is hoped that the example of the lives of these women will serve as an inspiration and encourage the entry of new professionals who will have to ensure the continuity and survival of an activity that not only represents the way of life of many families in our country, but also contributes to the food supply of the population and is, therefore, essential and vital for everyone.

Link to the original article (in Spanish) here 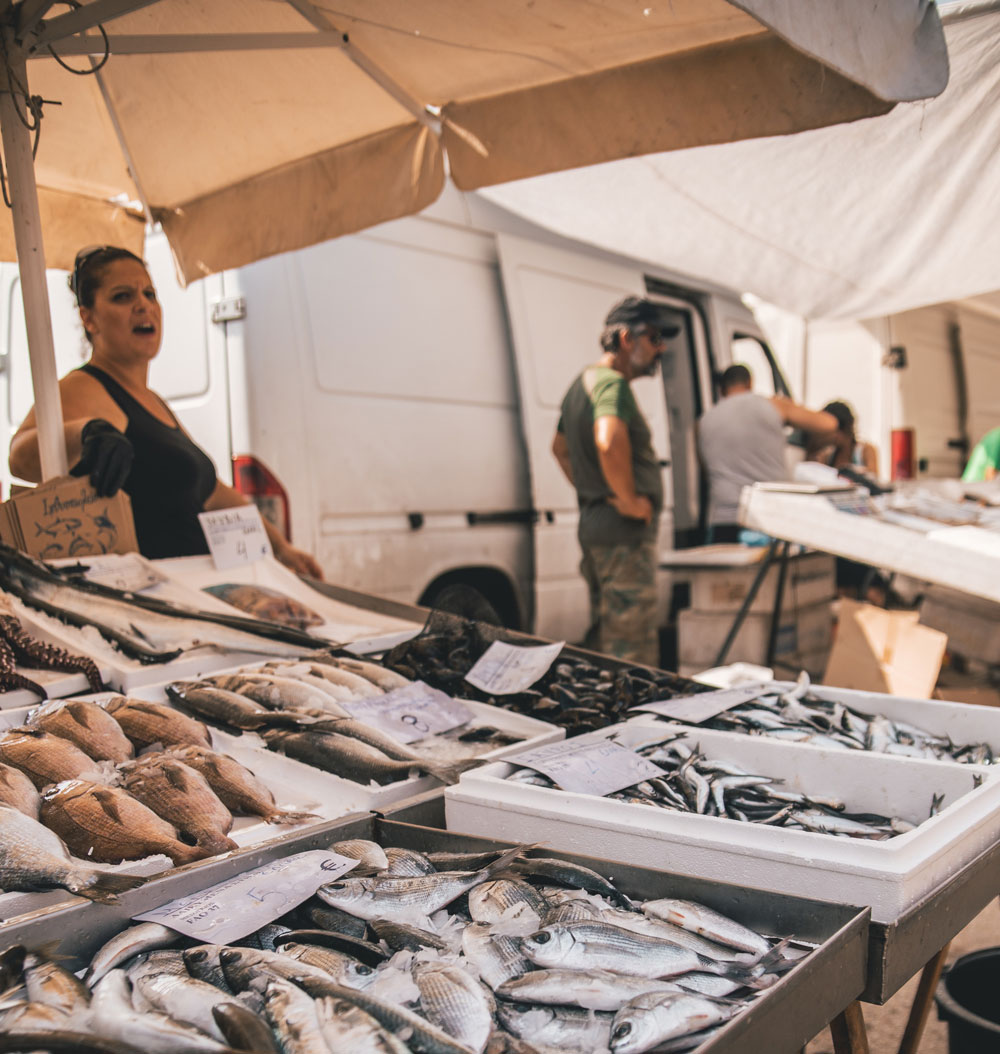 AKTEA, the European network of women organisations in fisheries and aquaculture, is calling for the abolition of all inequalities preventing women from working in fisheries or aquaculture, or diminishing their role.

More women would be attracted to the profession if on-board working conditions were improved, especially in light of the labour shortage the industry has suffered from for many years. A few women own ships and are involved in fishing activities, including those deemed physically demanding by nature. Even though they remain a minority amongst the fisherfolks, those women have successfully demonstrated their capability and competence. This is also true of women entrepreneurs involved in shellfish farming and shell fishing on foot. All these women have had the acumen to rethink their vessels, work sites or activities so as to limit physical efforts and work duration to preserve their good health, while obtaining excellent value for their production.

Men often acknowledge their livelihoods, drawn from fishing and aquaculture alike, could not be sustained without the support of their wives, mothers or sisters. Family businesses owe a great debt to the women involved, in charge of selling production or implementing activities targeting tourists or schools’ students (visits, tastings, …).

Such work by women too often goes unpaid and officially unrecognised: too few hold “collaborating spouse” status, in spite of European directives in place. Too many ship owners still use the lack of appropriate sanitary facilities to exclude women from working on board their vessels.

Women’s inclusion in decision-making processes at the local, regional, national and European levels, remains too little and too marginalised. Too few women are “allowed” to take part in debates for quota allocations. Too few women are “allowed” to voice opinions and help shape management measures adopted within professional organisations. Too often meetings are held at times incompatible with caring for their children or their home. Too often do their spouses oppose women leaving their town or village when they are needed locally.

Women and men should be receiving the same support, whether at the local, regional, national or European levels. That is the reason why women organisations demand more equitable distribution of structural funds between men and women, with greater transparency over the proportion of such funds accruing to women.

AKTEA renews its membership at the Mediterranean Advisory Council (MEDAC)

The role of MEDAC includes the preparation of opinions on fisheries management and socio-economic aspects in support of the fisheries sector in the Mediterranean, to be submitted to the Member States and the European institutions in order to facilitate the achievement of the objectives of the CFP; MEDAC also proposes technical solutions and suggestions, such as joint recommendations (ex. Art. 18 Reg.1380 / 2013) at the request of the Member States.

AKTEA as well as one of its members, the Andalusian Association of Women in the fisheries sector, joined MEDAC in 2021 with the objective to promote women’s role in fisheries.

Friends of the Small Scale Fisheries of the Mediterranean

AKTEA joined the  the “Friends of Small Scale Fisheries” group at the General Fisheries Commission for the Mediterranean (GFCM) and is also active within the GFCM SSF Forum.

2022 is the International Year of Artisanal Fisheries and Aquaculture

2022 has been declared by the United Nations General Assembly as the International Year of Artisanal Fisheries and Aquaculture (IYAFA 2022) and AKTEA will participate to several of the events organized in celebration of small-scale fisheries.

It was reminded that: 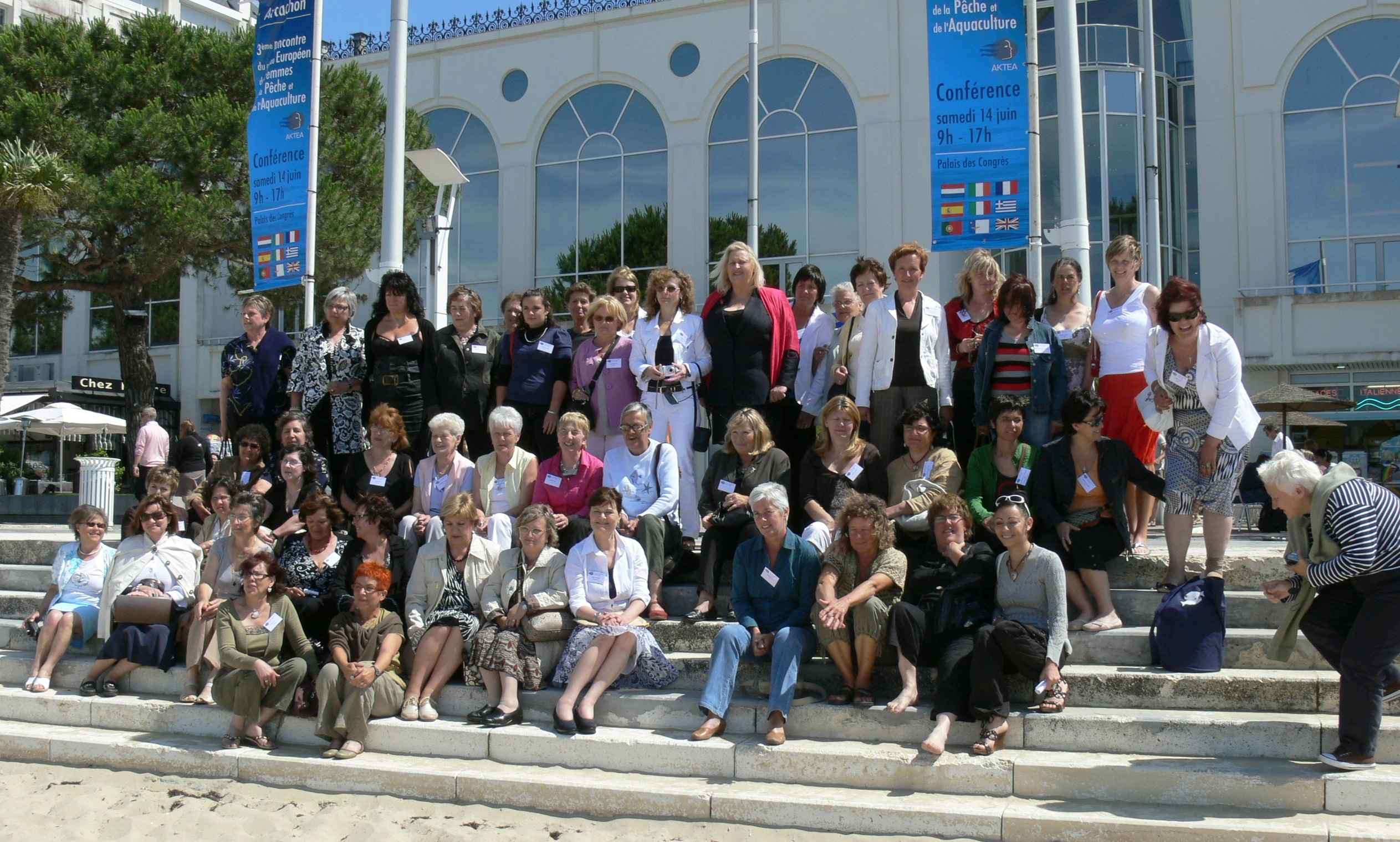 The first workshop of the 2021 SSF Forum programme focuses on best practices to create competitive economic advantages for small-scale fisheries actors along the value chain. The workshop will consist of three sessions, focusing on strategies for adding value to small-scale fisheries products, such as voluntary labelling, direct selling, fish processing and packaging; and sharing the experiences of women contributing to robust SSF value chains in the region.

The 3rd Session is organized by AKTEA.

Being a woman along the SSF value chain: real life success stories and challenges 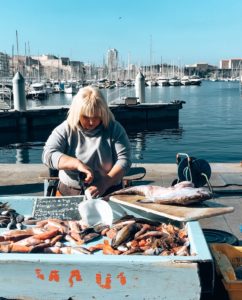 Here is the letter we sent:

AKTEA, the European Network of Women in Fisheries and Aquaculture in Europe, calls for a better integration of the principle of equality and women’s rights in all European fisheries policies.

Women contribute in many ways to the production and distribution of seafood. They are entrepreneurs, crewmembers and workers. They prepare fishing gear, transport fish to auctions, sell and process sea products, develop tourism-related activities, manage businesses, manage logistics for vessels, etc. Women are also involved in the production and distribution of sea products. Women are also very present throughout the seafood processing industry as well as in the organizations that manage the sector, producer organizations, cooperatives and others.

The word “woman” was first included in the CFP in 2002. The principle of equality is enshrined in the texts of the Structural Fund for Fisheries (EMFF). However, apart from Spain, there have been very few concrete achievements. It is urgent time to give women the place they deserve in the European fisheries policy and in the structural fund. When will there be recognition that translates into their effective access to decision-making, subsidies, rights and resources?

For AKTEA, European decision-makers must radically rethink fisheries policy to translate the principle of equality and women’s rights into action.

Article in The Skipper 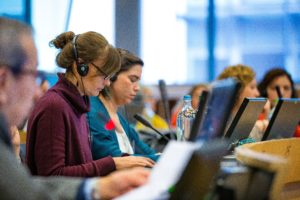 Women in fisheries fly their flags in Brussels